In March 2018 fisheries and exiting the EU made headline news, we explained our marine licensing remit and our work to protect the oceans around UK Overseas Territories was discussed by the Secretary of State. Learn more about the work of the MMO our monthly round-up. 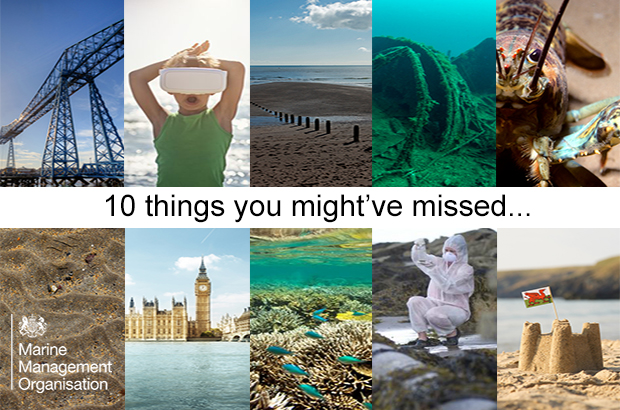 Fisheries and access to UK waters featured significantly in the news during w/c 19 March:

We added a section to our website containing information about a marine licence for dredging at Exmouth Marina and disposal of this material at Sprey Point. This followed concerns about the beach in Teignmouth. On 9 March we explained that the licence was suspended and no further activity could happen as part of the licence until September. Our work on this issue is ongoing and we will update the relevant webpage once further information is available.

We announced changes to process for sediment sampling and analysis, resulting in a greater choice of laboratories for applicants.

The marine planning team held workshops in the South West and North East. These provided opportunity for people to give us face to face feedback on our vision for the future of the seas in their area. We also shared a video on social media reminding people that our consultation on these products closed on 29 March.

The Defra Secretary of State, Michael Gove, discussed the importance of the Blue Belt programme in his opening speech at the Great British Oceans event in Parliament.

We’re working with JNCC, Natural England, the NFFO and Bangor University on a two-year project exploring a participatory approach to the management of fishing activity in UK offshore marine protected areas.

We explained that from 1 April 2018 marine regulation will transfer from the MMO to Welsh authorities.

Our digital manager shared a personal story on the importance of educating his young daughter about our seas. He and other members of our communications team were also visited by Alex Aiken, Executive Director of Government Communications.

Both British Science Week (#BSW18) and Invasive Species Week (#InvasivesWeek) happened in March. We shared information on the MMO’s relevant work via our social media channels, such as a blog post about science and its role in marine management and information on our prosecution following release of non-native lobsters and crabs off the coast of Brighton.

Find out more about the work of the MMO