His Royal Highness The Duke of Edinburgh

Read about the arrangements following The Duke of Edinburgh’s death

Academics from Liverpool John Moores University led by Professor Stefano Mariani and Marine Cusa met with Chris Graham from the MMO Evidence team, Emma Dixon from Compliance and Marine Officers Dan Thompson and Stephen Short at North Shields to trial a portable DNA device. Fish fillets were identified in a matter of hours by the machine which could have a dramatic impact on the way the MMO carries out its statutory functions to ensure healthy and sustainable fish stocks. 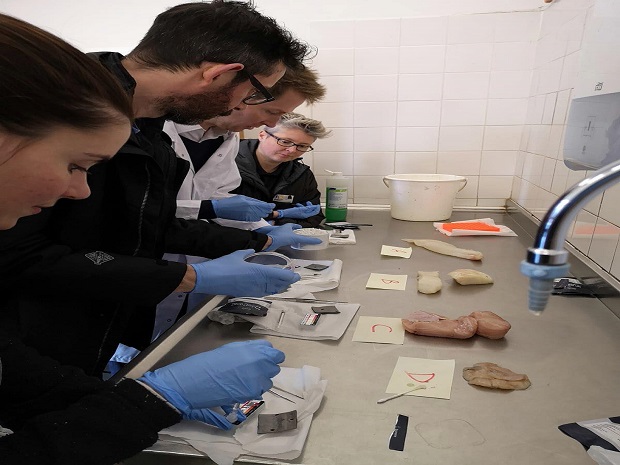 Four mystery fish fillets were tested to establish their species. The samples were prepared by MMO officers in three different manners of differing complexity and potential cost (shown above).

The samples were then analysed using Polymerase chain reaction (PCR), which is a method widely used in molecular biology to make several copies of a specific DNA segment. A PCR technology designed by Thermagenix, Inc and called the FASTFISH-ID™ was used for species identification. Processed samples were put through a Mic (Magnetic Induction Cycler) - a portable qPCR machine (quantitative polymerase chain reaction) also known as real time PCR (shown below). FASTFISH-ID probes target and bind onto specific DNA segments during the PCR and generate a fluorescent signature unique to each species. If a sample fluorescent signature is similar to a catalogued reference signature, it is possible to identify species after a 2 hour series of cycles without the need to outsource DNA extractions for sequencing to a laboratory, which can take weeks. 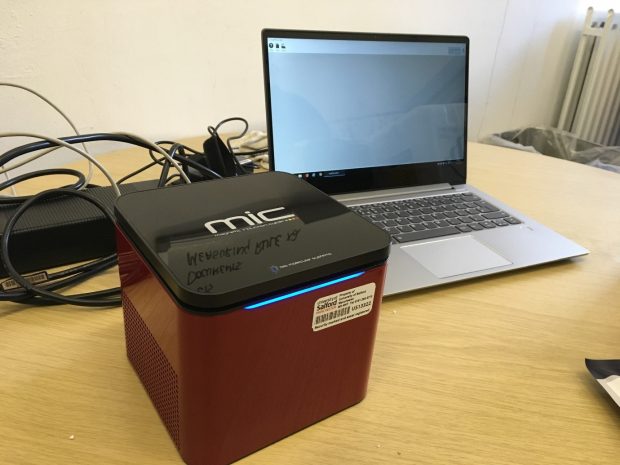 We are supporting efforts to increase the database of species to include more UK commercially landed species (such as sharks and skates/rays) as the database is currently dominated by North American species. In addition we are generating standard operating procedures to help the MMO carry out these tests in the future.

This technology has great potential in validating existing MMO compliance work and will help ensure healthy and sustainable fish stocks as well as help reassure consumers that fish are labelled with the correct species.

The three sample preparation types were:

1. Biomeme Cartridge Kit (shown below) – A £15 all in one kit which allows for extraction of DNA in about 3 minutes per sample, and requires no expertise. A brief swab on tissue with a kit (non-invasive) was taken.

2. Biomeme Cartridge Kit with homogenization kit – A slightly longer process, around 5 minutes, using the cartridge kit but requiring a 2mm2

3. Potassium Hydroxide Extraction – a much cheaper alternative manual process taking around 30 minutes which requires the purchase of a variety of products (Potassium Hydroxide, EDTA, Triton, Tris-hydroclhloride). 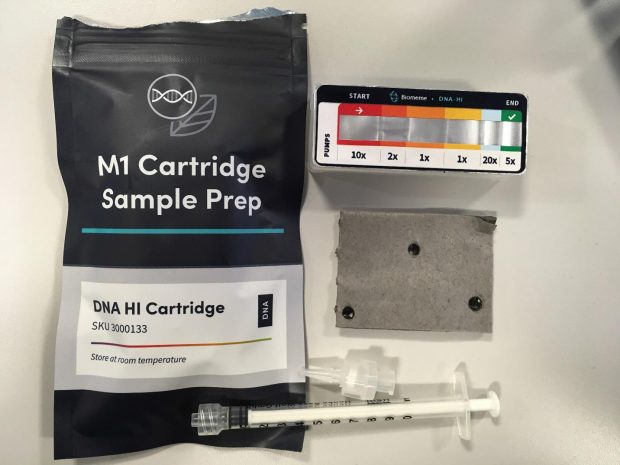