An interview with Dan Ward, one of the Blue Belt programme's enforcement team members who recently visited Ascension Island. 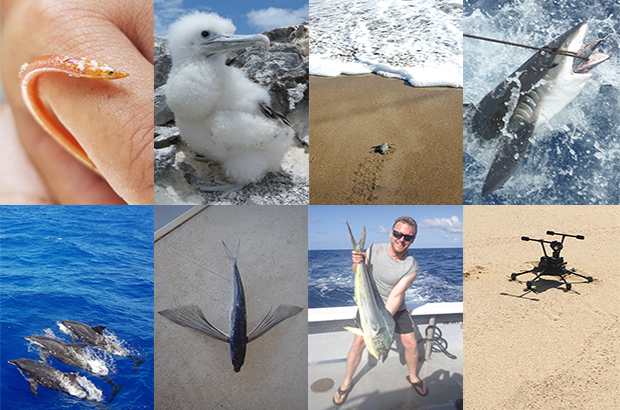 What did you do before joining the Blue Belt team and what attracted you to the project?

After completing my MSc in Marine Biology at Bangor University, I joined the MMO’s predecessor, the Marine & Fisheries Agency, in 2009. Since then, I’ve worked on the coast as a Marine Enforcement Officer, and spent several years working on the specialist investigation team. I am also a qualified ‘searider’, meaning I periodically go to sea with the Royal Navy for a week or two to train the Navy officers to conduct fisheries inspections at sea.

The Blue Belt project represents a unique opportunity to directly support the protection and management of some of the most untouched, diverse and biologically rich marine environments on Earth. It’s great to be able to be able to use the skills, knowledge and experience I’ve acquired in the MMO to make a positive contribution to towards this. 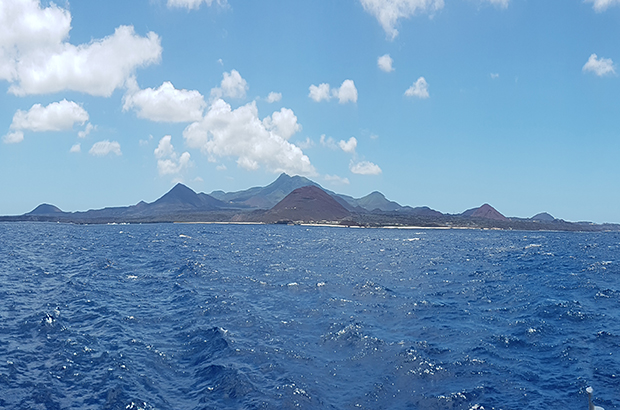 You recently return from Ascension Island, what was the aim of your visit?

The first leg of the trip involved joining the Ascension Island Government fisheries science and enforcement patrol around the 200 mile Exclusive Fishing Zone (EFZ). In addition to sharing best practice on fisheries enforcement, the primary aim was to trial the use of the National Maritime Information Centre (NMIC) to support a live operation, through the provision of real-time monitoring and surveillance information and intelligence. We also trialled the use of a drone as a means of evidence collection in the event of encountering an illegal fishing vessel.

With the help of the Ascension Island Government (AIG) staff we gathered some really useful information around water quality and pollution contingency and the local perspective around the designation of the Marine Protected Area (MPA).

What were the highlights of the trip?

That’s a difficult question to answer! It really was the experience of a lifetime, and there are so many to choose from.

The wildlife has to be number one, it was spectacular! Highlights including seeing Galapogas and Silky sharks over the Grattan seamount, nesting and hatching green turtles, marlin, land crabs. I saw so many dolphins too. And watching the dorado chasing the schools of flying fish out of water was just mind-blowing. 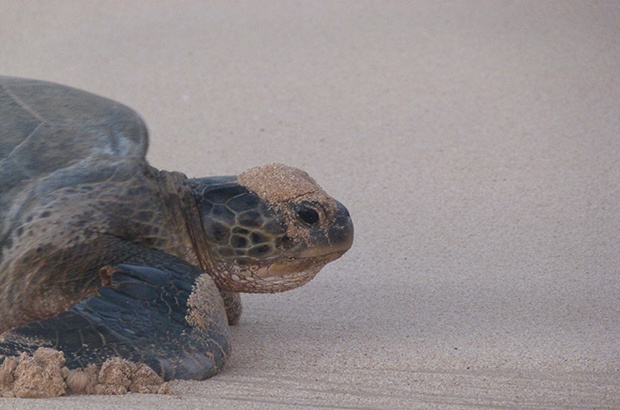 After four days on-board the patrol vessel, we arrived at“Unnamed” seamount – the sheer amount of life was staggering. As part of the Ascension Island Government’s on-going research, including work funded through the Darwin Initiative, the team quickly tagged and released wahoo, yellowfin tuna and bigeye tuna. Another highlight was visiting the seabird colony at Letterbox. Working in partnership with the AIG Conservation Team alongside collaborators from Birmingham University and the Army Ornithological Society, they were able to undertake some fantastic work to monitor the masked boobies and Ascension tropical frigatebirds.

The AIG Marine & Fisheries Conservation team were incredibly helpful and accommodating, and it was great to learn more about the work they do day-to-day.

What are some of the challenges facing the delivery of the Blue Belt Programme on Ascension Island?

The most obvious one is probably resources – the Conservation team do an absolutely fantastic job, but they are spread thin with the wide range of work they have to do. MMO and Cefas are endeavouring to provide real support on this front, as we have world-leading expertise and are able to offer support where requested. Similarly, from the compliance and enforcement perspective, the isolated location coupled with the limited infrastructure make it difficult to deploy traditional patrol vessel/ aerial surveillance options. It is therefore vitally important we look at developing bespoke, innovative monitoring solutions that provide capability to effectively monitor the zone, whilst at the same time it is important that the resources are able to be sustainably managed and serviced locally. 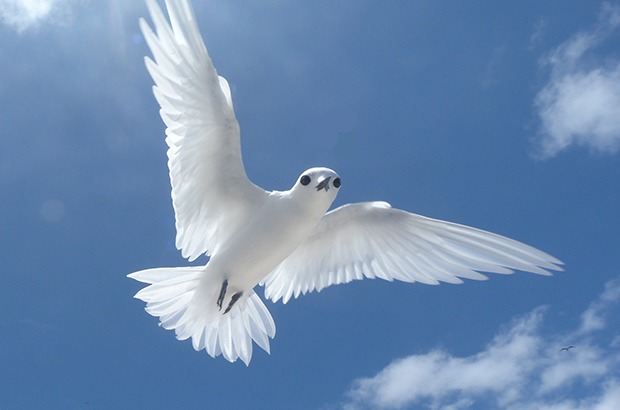 How did you find the local community?

During our 10 days with the patrol we were living and working alongside the crew of the F/V Extractor from St Helena- they could not have been more helpful and welcoming.

The locals on island were also incredibly generous,  and the whole atmosphere on island is very relaxed and friendly. As you walk or drive around the island, everyone smiles and waves at everyone else, and the locals just come over and chat to you.  The island is only 6 miles across so you’re never far from the sea. The marine environment and the future MPA are therefore a big part of everyone’s life on island.

What are some of your goals for the next couple of years to ensure that we deliver on the Blue Belt mandate?

The ultimate deliverable for 2020 will be a compliance and enforcement strategy for each territory, which will define how the monitoring, control and surveillance should best be conducted in each EFZ. One of the main things we’re working on at the minute is a process to detect, investigate and impose suitable sanctions in the event that a vessel is caught fishing illegally inside the EFZs of the territories. We have currently have a tender out to deliver satellite surveillance monitoring across the territorial EFZs. We are also reviewing VMS and logbook data from flag states to ensure it is in an evidential format that will allow us to support prosecutions if necessary.

One key deliverable that we have recently completed is the implementation of the Blue Belt Intelligence Hub, which is based in the National Maritime Information Centre (NMIC). The Hub acts as the central repository for all Blue Belt intelligence, which typically (though not exclusively) relates to illegal fishing in the territories’ waters. From here, we log, analyse, develop and share the information across all the OTs.

Want to know more about the programme?