To guide our decisions regarding the setting of monthly catch limits for the under-10m fleet and over-10m vessels that are not part of a producer organisation, I meet with groups of fishermen around the coast. 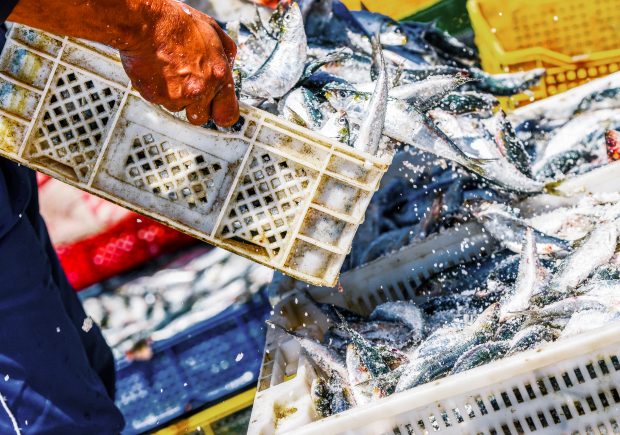 This year I’ve met with the South West Quota Advisory Group, the South Coast Fisherman’s Council, Brighton Fishermen’s Protection Society, a group of Newhaven fishermen, Hastings Fishermen’s Protection Society, Folkestone Fishermen’s Association and groups of fishermen from Ramsgate, Thanet and Whitstable. The requirement for face-to-face meetings in Lowestoft, North Shields and Preston is being considered and if you would like to set up a meeting please contact me using the details at the bottom of this page.

Fishermen have provided valuable information on the seasonality and presence / absence of stocks, which will be used to guide future allocations.

A variety of questions were raised and here are the answers, some of which are provided by CEFAS who provide the scientific evidence for stock management.

Can we have an increase in the minimum size for plaice?

Increasing the minimum size for plaice does not directly affect the size of plaice caught. It would increase the size at which plaice can be legally discarded, but only prior to January 2019, when the landing obligation comes in. The principle of the landing obligation is to reduce catches of unwanted fish by promoting the use of more selective fishing methods. Where it is shown to be difficult to improve selectivity, it is possible to get authorisation for some limited discarding (de minimis exemption). There is also the possibility for an exemption from the landing obligation when high discard survival can be proven and this is currently being explored for a range of fisheries where plaice are caught and where discard survival estimates are available.

Can there be a bycatch allowance for undulate rays in Area 7d (Eastern English Channel)?

There is only a small quota available to the UK for the 7d part of the undulate ray stock in the English Channel of three tonnes. A small bycatch allowance for named vessels would be the most effective approach to allowing the quota to be taken. Having these opportunities in specified months at various times of the year, and with a maximum limit by vessels in any one month, would be required to minimise the chances of exceeding the quota. Additionally, there is ongoing work to see if there could be greater flexibility between the undulate ray quotas between 7e (Western English Channel) and 7d.

Will skate and ray species be given separate Total Allowable Catches (TACs)?

The introduction of separate TACs for individual skate and ray species or stocks is one option that has been suggested. Other approaches could be management by genus by appropriate ICES Divisions, or maintaining the current generic quota. An STECF subgroup met in October 2017 to explore some of these various options.

One issue regarding the establishment of TACs by individual species would be the allocation between EU Member States. When a sub-TAC was brought in for small-eyed ray in the Bristol Channel, the quota share used the same allocation key as used for all skates and rays in the Celtic Seas ecoregion, despite the fact that this species occurs mainly on the inshore grounds of England and Wales. Consequently, further discussions on alternative management options are required. It should also be noted that the UK presented cases for increasing the TACs for skates and rays in both the North Sea and English Channel at the end of last year, with both successful and seeing an increase to TACs for skates and rays.

Can the MMO provide a list of lease prices and sources to lease quota?

Leasing is where an individual fisherman leases extra fishing quota from a fish producer organisation. Lease price varies due to market demand which can be controlled by many factors such as availability of quota at a national level, weather affecting fishing patterns, traditional quota trading arrangements and any top slicing of quota that is attributed to the under-10m pool. The MMO issues leasing authorisations but the agreement of leases are commercial decisions that the MMO is not involved in.

Can monthly quota allocations be aggregated over a three month period?

This has been trialled before and has proven too risky, resulting in rapid uptake of quota and potentially leading to an early closure of stocks. Rapid uptake has occurred in the past because a three month quota essentially increases the fishing opportunity, therefore increasing the likelihood of maximum uptake. While the MMO wants to provide as much opportunity to fishermen as possible, in cases where quota is limited increased uptake may not be sustainable. The MMO continues to use monthly catch limits per vessel as standard. However, the MMO is happy to hear proposals for individual stocks where the risk of running out of quota is low and there are other reasons supporting multi-month catch limits such as safety.

Who pays for the removal or processing of undersize fish landed under the Landing Obligation and do undersized fish have to be dyed prior to sale?

Guidance regarding the landing obligation, which fish must be landed and those that have an exemption can be found on GOV.UK.

Undersize fish do not have to be dyed during any part of the landing or sales process.

The requirements relating to undersize fish are copied below for reference but must be read in conjunction with the guidance above.

You’re responsible for handling the undersize fish you catch until you transfer them to someone else.

You can’t sell undersize fish for direct human consumption. You can sell them into different markets for:

Find out more about how to handle undersize fish and the markets they can be sent to.