The MMO plays a key role in helping to ensure our seas and their wildlife stay healthy and sustainable, including responding to pollution events (we authorise dispersants used for oil pollution). So we were delighted with this weekend’s announcement from our Secretary of State, Andrea Leadsom, that Defra will launch a consultation later this year with the intention that microbeads will no longer be manufactured or sold in cosmetic and personal care products.

The proposed ban on microbeads, tiny pieces of plastic found in many household products, is the next step in government’s action to tackle plastics in our oceans and follows on from the 5p plastic charge. Around 86 tonnes of microplastics from facial exfoliants alone travel down our drains and into waterways, soil, and the oceans daily every year in the UK and stay there for a long time. 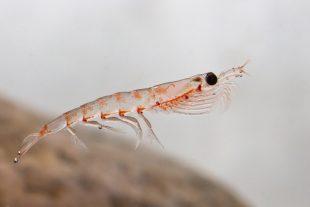 Microplastics are causing significant concern for many working in marine conservation and research, with small invertebrates and fish ingesting the tiny particles, which as well as potentially being toxic, also prevent the animals from consuming their natural prey, leading to starvation.

A statistic that particularly concerned me was that a single shower can result in 100,000 plastic particles entering the ocean. This shocking statistic is one which prompted the Environmental Audit Committee to call for a worldwide ban on Microbeads.

It will take generations for the micro-beads currently in our ecosystem to degrade but let’s hope we can now prevent further damage.

Find out which products are still using microplastics with Beat the Microbead or read more about the impact of microplastics on the marine environment from the University of Exeter.