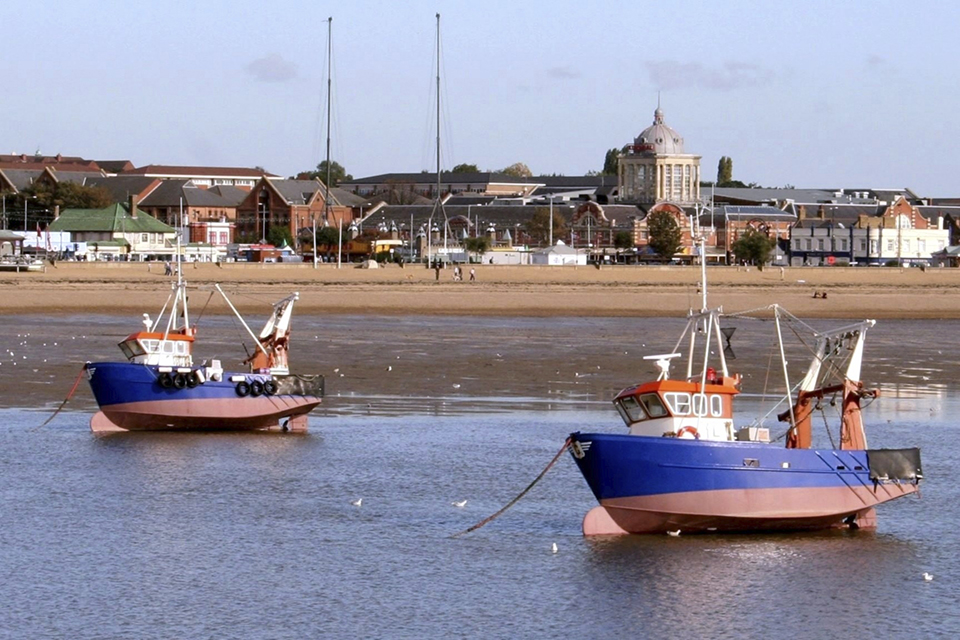 The European Maritime and Fisheries Fund (EMFF) is funding up to six groups to deliver community led local development in England. These Fisheries Local Action Groups, FLAGs,will use the knowledge of local stakeholders to tackle fisheries issues at a local level. The MMO, which administers the EMFF in England recently chose a number of groups to move to the next stage of the FLAG selection process.

Amy Pryor works as part of the North Thames FLAG. She explains how their group was first set up and their experience so far.

The Fisheries Local Action Group has been a long time coming for the North Thames area.

Fishermen first asked the North Thames FLAG lead partner, Thames Estuary Partnership (TEP), to set up a Fisheries Action Group in 2004 in response to a piece of academic work entitled ‘Greater Thames Fishery Knowledge’ (2001) which highlighted the need to improve communication and liaison between all coastal fisheries stakeholders. This included fishermen, policy makers and resource managers with a focus on identifying fisheries priorities for the Greater Thames, developing relevant projects and capturing knowledge and information held by partners to inform coastal resource management.

A Southend Fisheries Strategy commissioned by Southend-on-Sea Borough Council (SBC) was also relevant to this. It comprised a comprehensive survey of the fishing industry within the North Thames FLAG area. This outlined recommendations for infrastructure upgrades and market opportunities which initiated the Leigh Port Partnership (LPP).

Co-ordination of relevant groups for over a decade

TEP took on the coordination of the Fisheries Action Group which has remained well attended for 14 years and broadened to include a well-balanced, multi sectoral representation of local needs. The Action Group assisted the fishing industry and the wider stakeholder base through myriad consultations and challenges including the Marine Conservation Zone Recommendation Process, London Gateway Port planning application and subsequent development, offshore wind farms and marine European Marine Sites designations.

In recent years, attendance has increasingly had a NTFLAG area focus. This is in part because there is an increasing focus on establishing a more formal governance structure capable of taking forward much needed infrastructure upgrades around Leigh-on-Sea, diversification and new markets, and broader cooperation and collaboration with the wider community – all issues that had not been fully progressed since the 2002 Southend Fisheries Strategy.

With the impending EMFF, the group decided to bid for FLAG status. Throughout 2014, TEP held separate meetings with the fisheries industry, K&EIFCA, LPP, SBC (flood defence, tourism and regeneration teams) and local development organisation Cultural Engine to analyse and discuss the current state of the industry, marine development and economic opportunities.

In 2015, the overall plan for the NTFLAG was presented to and discussed with the wider stakeholder base of the Fisheries Action Group. In total, 20 meetings have been held over 2 years in order to develop the Expression Of Interest and gather baseline information for the Local Development Strategy.

While this was going on the Cultural Engine successfully led an application to set up the Leigh-on-Sea Coastal Community Team (CCT). The main objective of the CCT is to ensure the future viability of Leigh Port and the fishing industry, recognising its importance to the wider economy, heritage and cultural identity of the area. The proposed NTFLAG is a priority project in the CCT Economic Plan which has been  submitted to the Department of Communities and Local Goveernment. The CCT opens up access to new sources of coastal regeneration funding and a wide partnership of local stakeholders including businesses, Leigh Town Council, and environmental and heritage groups.

To say the local fishing industry is delighted with being invited to Stage 2 of the FLAG application is an understatement. Everyone is elated that the momentum to rectify the problems the industry faces now and over the past 15 years has finally started to build in earnest and the time for ‘just talking’ is nearly at an end.

Whilst awaiting the MMO’s decision on our Stage 1 application our meetings did not stop. With news of our success has come renewed enthusiasm from all camps to align all the marine and coastal management processes coming into play. This is a very exciting time for Leigh-on-Sea and the North Thames area.

We'll be sharing updates from other FLAGs over the coming weeks - if you want to hear from them make sure you sign up to receive our posts by email.