Reports have again been received of bluefin tuna appearing in UK waters. 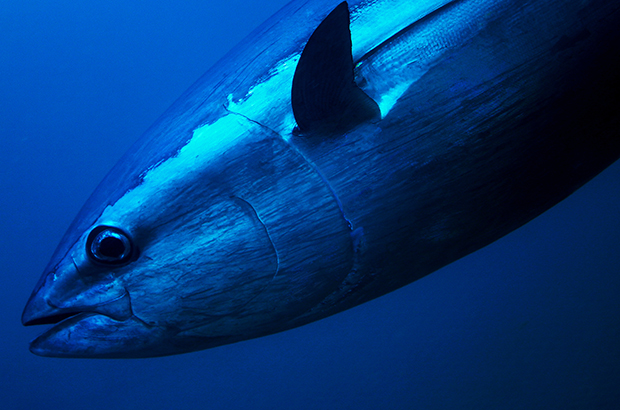 Atlantic bluefin tuna is recognised as an endangered species by the IUCN Red List. In the European marine area, management of the Eastern Atlantic stock is essential to the future of the species, as this stock remains overfished.

The UK has no specific quota to catch bluefin tuna.

Countries which are able to fish for bluefin tuna commercially are listed on the EC website.

In normal circumstances bluefin tuna is a prohibited species for UK fishing vessels.

Vessels must not target bluefin tuna and if caught accidentally they must be returned to the sea, alive and unharmed to the greatest extent possible.

Sea anglers must not target bluefin tuna, unless they are part of the ThunnusUK tagging program. Bluefin tuna caught as a bycatch when targeting other species must be released immediately and not landed or brought onto the boat.

If you find a dead bluefin tuna you should report this to the nearest MMO office. Sightings of shoals of the species at sea should be reported to ThunnusUK.

Further guidance on bluefin tuna regulations applicable to UK vessels can be found on the GOV.UK website.